Health Freedom at Its Finest!!! 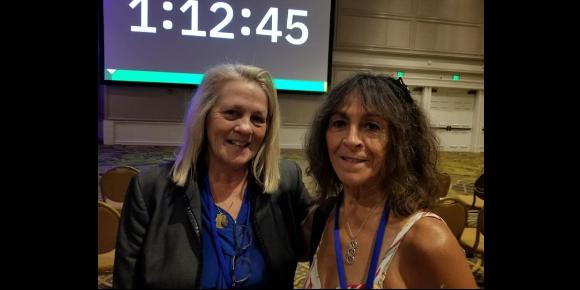 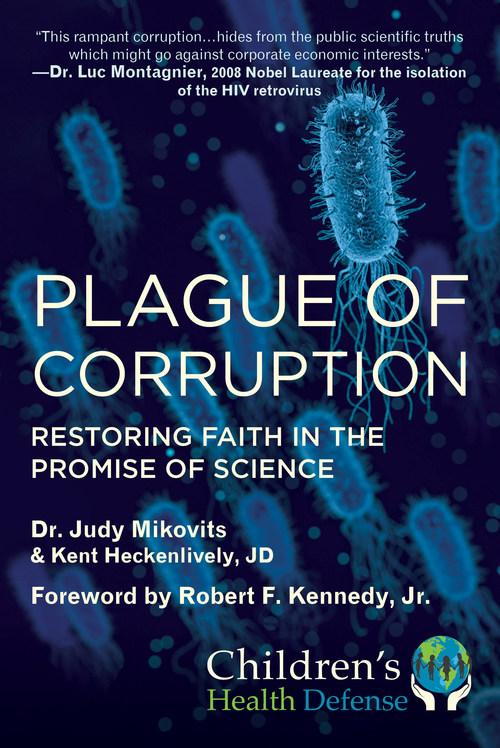 NEW YORK, April 30, 2020 /PRNewswire/ -- Dr. Judy Mikovits is a modern-day Rosalind Franklin, a brilliant researcher shaking up the old boys' club of science with her groundbreaking discoveries. And like many women who have trespassed into the world of men, she uncovered decades-old secrets that many would prefer to stay buried.

Plague of Corruption: Restoring Faith in the Promise of Science

From her doctoral thesis, which changed the treatment of HIV-AIDS, saving the lives of millions, including basketball great Magic Johnson, to her spectacular discovery of a new family of human retroviruses, and her latest research which points to a new golden age of health, Dr. Mikovits has always been on the leading edge of science.

With the brilliant wit one might expect if Erin Brockovich had a doctorate in molecular biology, Dr. Mikovits has seen the best and worst of science. When she was part of the research community that turned HIV-AIDS from a fatal disease into a manageable one, she saw science at its best. But when her investigations questioned whether the use of animal tissue in medical research were unleashing devastating plagues of chronic diseases, such as autism and chronic fatigue syndrome, she saw science at its worst. If her suspicions are correct, we are looking at a complete realignment of scientific practices, including how we study and treat human disease.

Recounting her nearly four decades in science, including her collaboration of more than thirty-five years with Dr. Frank Ruscetti, one of the founders of the field of human retrovirology, this is a behind the scenes look at the issues and egos which will determine the future health of humanity.

Robert F. Kennedy Jr. concludes his foreword to Plague of Corruption with, "This account by Judy Mikovits and Kent Heckenlively is vitally important both to the health of our children and the vitality of our democracy. My father believed moral courage to be the rarest species of bravery. Rarer even than the physical courage of soldiers in battle or great intelligence. He thought it the one vital quality required to salvage the world. If we are to continue to enjoy democracy and protect our children from the forces that seek to commoditize humanity, then we need courageous scientists like Judy Mikovits who are willing to speak truth to power, even at terrible personal cost."

Judy Mikovits, PhD, spent twenty years at the National Cancer Institute, working with Dr. Frank Ruscetti, one of the founding fathers of human retrovirology, and has coauthored more than forty scientific papers. She co-founded and directed the first neuroimmune disease institute using a systems biology approach in 2006. Dr. Mikovits lives in Southern California with her husband, David.

Kent Heckenlively, JD, is a former attorney, a founding editor of Age of Autism, and a science teacher. During college Heckenlively worked for US Senator Pete Wilson, and in law school he was a writer and an editor of the school's law review and spent his summers working for the US Attorney's Office in San Francisco. Kent and his wife Linda live in Northern California with their two children, Jacqueline and Ben.

PRAISE FOR PLAGUE OF CORRUPTION

"One of the main problems of our time is the public loss of confidence in the scientific community because of a too often corrupt coalition of governmental and corporate entities. Judy Mikovits's and Kent Heckenlively's book delves into the midst of this rampant corruption, which hides  from the public scientific truths which might go against these corporate economic interests."
—Dr. Luc Montagnier, 2008 Nobel Laureate for the isolation of the HIV retrovirus

"What this book teaches you more than anything else is that science is a dangerous game. The notion that science is precise and unambiguous is wrong. When there is doubt, there is the potential for powerful interested parties to make life miserable for a scientist with integrity. Throughout the book, intrigue is seamlessly intertwined with fascinating revelations about the still poorly understood science behind the potential role of retroviruses in mysterious debilitating diseases like chronic fatigue syndrome and autism."
—Dr. Stephanie Seneff, Senior Research Scientist, MIT Computer Science and Artificial Intelligence Laboratory

"The breathtaking story of an extraordinary scientist who discovered the most likely cause of chronic fatigue syndrome, only to witness a cover-up and character assassination emanating from the highest levels of the scientific community. An incisive critique of what's wrong with science today, and yet a hopeful portrait of how science still has the means to find the truth. It leaves you overwhelmed by the insidious methods and players corrupting science, but hopeful for truth-seekers in the scientific community like Dr. Mikovits who are persevering against all odds."
—J.B. Handley, co-founder of Generation Rescue and author of How to End the Autism Epidemic

"This book is a jaw-dropping excursion through the lies of Big Money, Big Government and Big Pharma. God bless Dr. Mikovits for her courage in sharing this story!"
—Max Swafford, author and educator

"PLAGUE OF CORRUPTION is a once-in-a-generation eye-opener that is likely to have a profound impact on how Americans view their country's public health and scientific establishment."
—Preston Flemming, author of Maid of Baikal and Forty Days at Kamas