What exactly is a qEEG or Brain Map? By Tom Collura, PhD. Founder BrainMaster 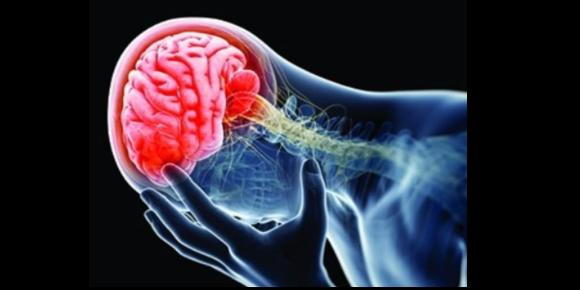 What exactly is a qEEG or Brain Map?

Why would I want a brain map and what might my brain tell me about my physical and/or mental symptoms? By Tom Collura, PhD. Founder BrainMaster as seen in Healthy Referral Newspaper, est. 1989, Summer 2017 Brain Mapping began Columbus, OH in the early 1960’s. Electroencephalography or EEG records brain activity in the brain by placing sensors on the scalp and visually watching or monitoring the brain activity. Quantitative EEG is the analysis of the EEG which helps trained specialists interpret brain function.

When the qEEG derived information is compared to the client’s reported symptoms and other mental health testing results those specific areas in the brain may reflect or show a dysregulated patterns related to timing issues, lack of brain communication to its counterparts, and neurophysiological over-arousal or under-arousal brainwaves to name a few When a data base (known as “normative or referential”) is used this additional information may offer practitioners much needed insight and information as to why the client may be experiencing certain reported symptoms.

Since the 1990’s it has been well researched and accepted that the brain is a dynamic and an electrically changing organ. When dysregulated brain wave activity emerges (sometimes due to reported outside influences such as chronic stress, trauma, head injuries, poor sleep issues, or lack of brain resources due to poor dietary and nutrition habits, to name a few) various symptoms oftentimes are reflected or shown in specific areas in the brain which represent the brain source.

Brain maps, are often seen as colored looking maps indicating low or high arousal areas and so much more to the trained practitioner. Live or real time brain maps are dynamic in nature and show in real time the changes occurring. Why would we want a brain map?

Taking ownership of one’s brain “base line” can be very useful for many years due to the researched fact that the brain has the ability to change itself and does so regularly with the appropriate guidance from a trained or certified practitioner. A child who has gotten a brain map prior to starting the sport season gives the parents vital information regarding the possibility of a brain trauma or injury after a nasty fall or hit on the field. Or the adult who was in an accident can possibly help guide their medical team to better assess and identify just how the whip lash, accident or fall affected their brain

YOUR Client or YOUR Patient Solution: Or the client who has gone from one practitioner to another trying to explain his symptoms with little or no result may find that their personalized brain map will guide the practitioner.

Or the client who has tried so many prescription drugs that they have lost faith in believing they can be helped may find that certain drugs do not work efficiently on “their brain” at all. Although qEEG used for client stated symptom confirmation is considered “new” and is thus labelled “experimental or research” at this time the information derived can be invaluable to the patient as well as the practitioner involved and is fast evolving as evidence based.

Key Mental Health Evaluation Tool: The world and use of neuroscience is fast emerging as a key component “changing the face of mental health choices” for the first time in our history. Many practitioners practicing mental health these days are encouraged and openly admit that incorporating neuroscience into their toolbox for assessment (utilizing qEEG aka brain mapping) as well as treatment considerations (such as neurofeedback) is the future of mental health alternatives as they directly assist the brain in changing itself naturally and gently. Rumor has it that countries have used and saved brain mapping similarly to blood testing on their population for decades.

What better way to more efficiently and cost effectively get to the root cause or better confirm of an individual’s symptoms? Neuroscience is opening these new doors.

BrainMaster is paving the way with its BrainAvatar software showing brain changes for children and adults “live in real time”. Walk with us through the neuroscience and EEG Biofeedback door to the future!

Dr. Collura has over 35 years experience as a biomedical engineer and neurophysiologist. He has conducted clinical research and development and system design, in the areas of evoked potentials, microelectronics, human factors, EEG mapping for epilepsy surgery, and neurofeedback.

His work integrates philosophy, psychology, biology, computers, and electronics. His graduate work focused on the real-time measurement of visual and auditory evoked potentials, and relationships with selective attention in a vigilance task.

He then spent 8 years with AT&T Bell Laboratories as a technical staff member and supervisor in the areas of integrated circuit technology, computer graphics, networking, and man/machine interfaces. He then served from 1988 to 1996 on the Staff of the Department of Neurology, Cleveland Clinic Foundation, where he conducted research and development in EEG mapping for epilepsy surgery, long-term EEG monitoring, and DC brain potentials. www.brainmaster.com Brain Health l