Vitamin C Is Hot For Colds 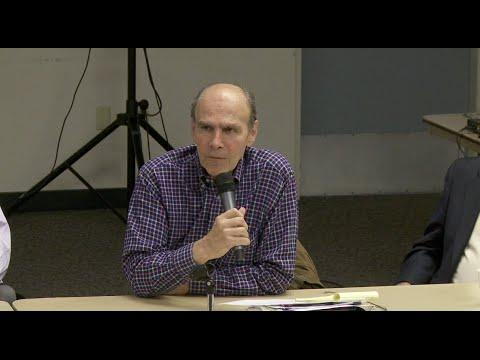 Vitamin C Is Hot For Colds by Richard Kunin, MD. a Founder of the Orthomolecular Society with Nobel Prize Winner Linus Pauling.

When Summertime is fast approaching and the cold season is mostly behind us, there are still enough sore throats and sniffles out there. This article may find you in the mood to take stock of vitamin C and other natural treatments for the common cold-—and even the flu.

Orthomolecular health medicine combines the benefits of nutrition and natural therapies along with an emphasis on laboratory diagnosis, actual measurement of vitamins and minerals in order to truly understand the food factors that conrol the body chemistry. Inspired by Dr. Linus Pauling, who coined the name, ortho-molecular, as an endorsement of the use of natural molecules in maintenance of health and treating disease, the orthomolecular approach to medicine has become the most dynamic grass roots movement in medicine today, but we call it by other names, such as nutrition, vitamin and antioxidant. Antioxidant is the medical buzzword of the 90s and vitamin C is the most important of the antioxdants.

Dr. Pauling raised the health consciousness of America with his book on Vitamin C and the Common Cold in 1970. In fact, his meta-analysis, a statistical review of multiple studies of vitamin C for the common cold, showed a roughly 30 percent reduction in duration and morbidity of symptoms. Though he was widely ridiculed by many medical authorities at the time, his work has been substantiated, most recently in a re-analysis by Hemila and Herman. These authors have turned the tables on Pauling’s critics. They are particularly chagrined at the powerful influence wielded by one of Pauling’s most vehement critics, Thomas Chalmers, whose review of the subject in 1975 was faulty due to the inclusion of poor quality studies that did not show the amount of vitamin C, or which used too little vitamin C, even below the then RDA of 60 mg. Now we know that when only those studies with over a gram of vitamin C are included, the results do support Dr. Pauling’s findings, just as he said. Yet at the time a man of much lesser stature was able to sway the scientific community even though Pauling presented the more compelling data!

Ten years ago Dr. Truswell also criticized Dr. Pauling. A second look at his data also shows that he failed to distinguish between dosages as different as 6000 mg. vs. 50 mg per day. Worse, he ignored vitamin C benefits in his study when the data clearly show that vitamin C supplements shortened the duration of colds in his study by 6 to 12 percent. Another research, this one by Dr. Glazebrook, showed a 40 percent reduction in hospital stay in patients given vitamin C supplements for tonsillitis. No one seemed to think that was very important at the time. Think of the savings in hospital costs and the great reduction in personal suffering. That’s hot.

Dr. Pauling held to the view that vitamin C at a dose of 3 to 6 grams per day for several days at the first sign of a cold supports the immune function of the white blood cells, acts as an anti-histamine and anti-inflammatory, and promotes healing of the affected tissues. That’s a lot of benefits from just one vitamin. Dr. Robert Cathcart went a step further and tried larger doses of vitamin C, up to a quarter pound per day, about 100 grams or more. Eventually he determined that the most effective way to use vitamin C against the common cold and other viral disorders is to take the vitamin in powdered form, (thus avoiding tabletting agents, which contain minerals and can cause diarrhea in their own right). By increasing the dose at the rate of about half a teaspoonful every few hours, eventually bowel discomfort or diarrhea occurs. That’s bowel tolerance and the best strategy is to cut back the vitamin C dose to just below bowel tolerance for the duration of the illness. Be sure to drink plenty of water, at least 8 ounces for every 2 teaspoonfuls (8 to 10 grams) of vitamin C.

I am not recommending that you take megadoses of vitamin C without medical supervision as there are a few individuals who may develop anemia from such large doses, particularly if they are genetically low in an enzyme known as G6PD, as is the case in about 10 percent of those of African descent. Mediterraneans and Jews also have an increased liklihood of this problem, especially if there is the telltale hint of low red numbers of red blood cells, a recurrent anemia. But no such warnings are needed for megadoses of 6 to 10 grams per day, which is adequate for the common cold. Here the only serious adverse effect is diarrhea, and that is self-limiting. For severe infections, fevers, food poisoning, or snakebite very large doses are reportedly life-saving. But at these doses, up to 100 grams a day, its a good idea to have your doctor on board

If Dr. Pauling had been less scientific he would have talked about the extra benefits that come from combining vitamin C with other nutrients. He certainly knew about this because he attended the meetings of the Orthomolecular Medical Society in the 1970s and was on personal terms with many of us orthomolecular practitioners, when we were finding better results with combinations of nutrient supplements.

Our patients either stopped having colds or threw them off quickly; and those that did occur were much less of a bother--”less morbidity.” But these observations were impossible to prove; that’s why Dr. Pauling preferred to focus on vitamin C by itself. Only at the end of his life did he agree to collaborate with Dr. Abram Hoffer in a study of multiii-nutrent therapies against cancer. While vitamin C had accomplished a roughly 7-fold longer survival in already terminally ill cancer patients; combination therapy increased the benefits by another 3-fold.

Over-all that means nutrient therapy as practiced by Dr. Hoffer provides over 20 times longer survival than conventional therapy without nutrient support. That information is too important to ignore--but it is being ignored just the same!

Back to the common cold, for the nutrient factors are similar to those that are useful against viral illness and cancer. The most beneficial nutrients for colds and viral illnesses are: vitamin A in doses of up to 100,000 iu per day for about a week; zinc at doses up to 100 mg per day for two to three weeks; and L-glutamine at doses of 1 to 2 grams, 3 times per day during and for at least a week after an infection. In addition, 100 iu vitamin E capsules can be dissolved in the mouth like a lozenge to reduce sore throat. N-acetyl cysteine 500 mg and selenium 200 mcg twice a day support the antioxidant enzymes, which are depleted by all inflammatory diseases. Ponaris™ (over the counter at many pharmacies) is an iodized eucalyptus oil, very effective in relieving nasal congestion and irritation and preventing the development of secondary sinus infections which often take hold after the cold is over.

The hormone, melatonin, is a double-barreled defense, providing both immune enhancement and improved sleep. Finally, the use of traditional herbs, such as echinacea and licorice root for about a week are immune-stimulating and anti-viral.

One last treatment for colds and the flu syndrome deserves mention: potassium iodide. I am not referring to iodine, the caustic brown stuff with skull and cross-bones on it that is used as an antiseptic.

Rather this is the potassium iodide that looks like water and causes no irritation except when applied to raw or damaged tissues. It may burn but it does not cause harm. When diluted in water or juice, about 10 drops per glass, the iodide is gentle but retains its antiseptic properties. In addition it is both immune-stimulating and antibiotic, killing most bacteria, fungi and viruses, including the rhinovirus of the common cold.

In addition, iodide is antihistaminic, powerfully so. In a matter of minutes after a dose of the iodide, nasal secretions dry up and coughing is suppressed. I can’t promise that it is always effective, but it is always worth a try. However it is a prescription item and requires the approval of a physician. Are there adverse effects associated with a few doses of iodide over a few days of acute illness? Not much. Even people who say they have an iodine allergy can be densensitized in a day or so. After the Chernobyl atomic reactor melt-down, widespread contamination prompted the use of iodide in about 10 million people in Poland. The number of adverse reactions was a little over 1 in a million.

There is no cure for the common cold; and perhaps it is time to recognize that we need an occasional challenge to our immune system to keep us ready for the other viruses out there. But an orthomolecular regimen, such as this one, takes away much of the distress and disability of a cold without risk of adverse effects. And these measures are safe and accessible at home for those informed people who prefer to put nutrition first against the common cold.