US farmers may stop planting GMOs after poor yields 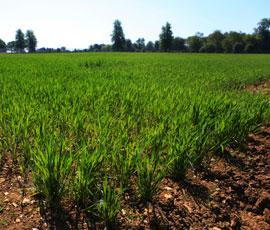 Some US farmers are considering returning to conventional seed after increased pest resistance and crop failures meant GM crops saw smaller yields globally than their non-GM counterparts. Farmers in the USA pay about an extra $100 per acre for GM seed, and many are questioning whether they will continue to see benefits from using GMs.

“It’s all about cost benefit analysis,” said economist Dan Basse, president of American agricultural research company AgResource. “Farmers are paying extra for the technology but have seen yields which are no better than 10 years ago. They’re starting to wonder why they’re spending extra money on the technology.”

One of the biggest problems is that pests such as corn rootworm have formed a resistance to GM crops in as few as 14 years.