The Declaration Of World War III Against The Enemies Of Humanity 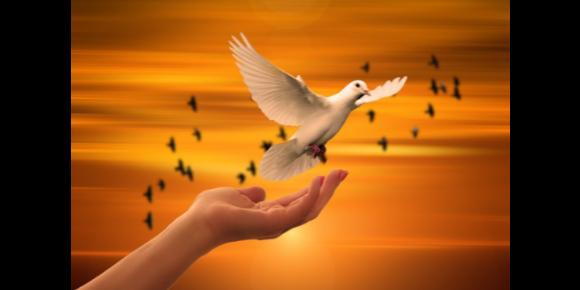 Against The Enemies Of Humanity

By A Canadian Poet E. Laurence Bake (a free Being)

Let it be known, throughout every land and nation on planet Earth that a time of Biochemical, Economic, Psychological and Spiritual Warfare is upon us. First blood has been drawn by the Enemies Of Humanity; the borders that once served to protect the freedom-loving individual from the criminally insane, and would-be destroyers of life, happiness and liberty, have been breached in full.

This day, the Enemies Of Humanity approach in white coats, with political titles, weapon-like viruses, needles, chemical concoctions and agents, economic and social mandates. They have systematically prepared and have successfully mounted the largest destructive force of overt and covert, murderous collaborators, and the most diabolical plans ever conceived, to effectively render the People Of Earth powerless against their evil intentions to carry out their genocidal, psychopathic aims. The future they now seek to thrust upon Humanity is one of pain, suffering, countless deaths, and their full economic and political control of the planet.

WHEREAS, These “specific & identifiable” individuals and groups have already committed clearly defined “Crimes Against Humanity” and equally clear “Act Of War” against the People Of Canada, the United States Of America, and countless millions of people planet wide; it is therefore:

RESOLVED, that I, E. Laurence Bake, (a free Being upon the Earth) formally declare the state of war between the Freedom Minded Beings Of Earth and the Enemies Of Humanity, wherever and whoever they may be, as witnessed by their life-destroying actions. And I do so, in the name of every good and decent, and the loving citizen of Earth.

And I now (with the God given rights given me at the moment of birth) hereby, authorize and support the full mobilization of all freedom-minded souls, groups, cooperative economic and political, intellectual, spiritual and action oriented forces on this planet, to rally all possible courage, resources, and the indestructible will to carry this war to the Enemies Of Humanity, eye to eye, never retreating, never surrendering, never abandoning a brother and sister in danger, to bring this global conflict to a successful end.

All possible physical, intellectual and spiritual resources of the free-minded People Of Earth are hereby pledged to a non-violent, unyielding, overwhelming VICTORY - in the form of a non-violent but furious, unstoppable, planet-wide campaign that devastates the enemy to its core, sees the guilty tried and convicted for their crimes, and brings about a better world for tomorrows children.

From this day forth, where one of our brothers and sisters go in the name of FREEDOM, we all go, UNITED.

E. Laurence Bake (a free Being)