Lessons from the German In-Humane Treatment to Man for Today? 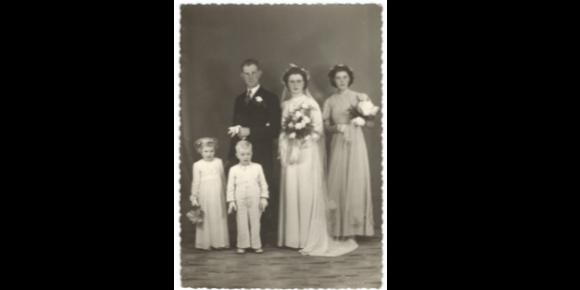 Today 75 years ago, on November 15, 1945, my parents got married. It was 6 months after the 2nd World War was over. They were the first among their siblings, who all got married within the following 2 years.

They had been dating during the 5 long years that The Netherlands was occupied by the Nazis. This had been a difficult time. No big parties like weddings. No gatherings of groups of people. No going out for young couples.

There were curfews, mandating people to stay in their homes, with blinded windows so no light could be seen beyond the curfew. Being outside after curfew needed a special permit. No theatres open, no music activities, which was the passion of both my parents. Cultural life was restricted to the living room. The radio was heavily censored.

Listening to radio stations from abroad had to happen in secret. Jewish people had to wear a Star of David clearly visible. Soon they started to be taken to the concentration camps from which they never returned. Existing laws were ignored by the invaders. New rules were implemented. Those who did not agree were seen as terrorists and got arrested.

The economy was down the drain. There was a shortage of many things. People from Amsterdam and cities even further away would come on their bikes without rubber tires to the farms in the countryside where my parents lived to buy food for their families. They would leave, hoping that on their way home their precious cargo would not be confiscated by German soldiers.

My father’s eldest brother was forced to work in a German labor camp. Laborers were needed for the production of weaponry and other war-related articles. These camps were like concentrations camps. The prisoners got just enough food not to die. He survived.

There were German soldiers all around, whom you would recognize, if not by their outfit, then for sure by their accent. There were fellow Dutchmen who believed in Hitler’s ideology and had started a National Socialist Movement in Holland. They could report you, especially if you were active in the Resistance movement. Hiding Jewish people, as occurred at my Dad’s home, was extremely dangerous. You could only trust those that you knew very well. It was a time of great uncertainty, of tremendous fear, and also of heroic bravery. People’s freedom had been taken. Nobody knew how long this was going to last.

It was the Americans together with the British who performed the invasion in June 1944, which eventually lead to Hitler’s defeat. It took another 11 months for Holland to be liberated, a period that has been described as ‘The Hunger Winter’.

When Hitler’s movement started in the 30s, people in Holland thought that whatever was going on in Germany would blow over and would never impact their lives. Officially the country was ‘neutral’. However, the Germans did invade Holland on May 10, 1940. After 5 days of fighting, the Dutch army surrendered. The queen and the government fled the country. Holland was occupied and became part of a war that included a large part of the world.

Looking at us today, could it be that my parents shake their wise heads in disbelief?

How much would they recognize in the division between people and the hatred that is being played out?

Would they wonder what the world has learnt from the war that took and impacted so many lives, even though they always admitted that they themselves had been lucky not to suffer as much as many others had?

Could it be that the celebration of being liberated and having their freedom back has not been fully appreciated and understood by the following generations?

If nothing else, I feel we owe it to the generation of my parents that we are aware of our freedom; that we are alert to see what is going on in our world; that, if we don’t stand strong, we may lose our freedom. For me that means to have my eyes and ears open, not to be sucked into emotions of fear or hatred, to be calm and centered in my heart and to be of The Light.

With a 20-year experience as a high school teacher, I initiated a metaphysical store in the late 80s. In 1995 I met my current husband, which made me move to the USA in 1997. We landed in beautiful Sedona, AZ, that many consider to be a place for spiritual activation. We felt inspired to assist people in their personal and spiritual growth and started retreats in our home. In 2002, we moved to a valley surrounded by pristine nature. That became Angel Valley Sedona, where since then we welcome people for group and individual retreats. Magic is happening every day, as we follow our heart and our highest excitement.