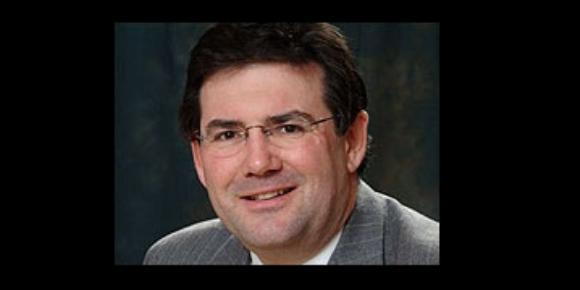 Today, vaccines contain neurotoxins and poisons such as aluminium, mercury and nagalase, which destroy your GcMAF and immune system; vaccines also cause autoimmune diseases and force people to buy drugs for the rest of their lives.

The apothecaries from centuries ago were doing much less damage.

Big Pharma will only launch a drug or vaccine if it promises to make billions. And to make that much, it has to be patented, which means it has to be an unnatural substance. That’s why they usually fail.

Polio and Smallpox: The Usual Scientific Fraud from Big Pharma

Vaccines’ big claim to success is that they cured the World of polio and smallpox. The truth is very different. Polio is actually prevented by improving sanitation, providing clean water, healthy food, and better hygiene.

Polio vaccines created huge numbers of paralytic poliomyelitis cases and autoimmune diseases. One region of India cured 174 polio cases, and created 47,000 cases of acute no-polio flaccid paralysis with vaccines. But as the polio was gone, the vaccine was judged a success.

The CDC state that the Salk polio vaccine was a modern medical success. But officials at the National Institute of Health were convinced that the vaccine was contributing to a rise in polio and paralysis cases in the 1950s. Some states such as Idaho, where several people died after receiving the Salk vaccine, wanted to hold the vaccine makers legally liable. Dr. Salk himself testified in 1976 that his live virus vaccine, which continued to be distributed in the US until 2000, was the “principal if not sole cause” of all polio cases in the U.S. since 1961.

In fact, a majority of U.S. States reported a doubling or more of polio cases after vaccination programs.

Dr. Edward Jenner created a smallpox vaccination by persuading James Phipps to take it. He didn’t die, and Jenner persuaded the British Parliament to mandate his “vaccine” for national use. In the Philippines it infected 112,000 with smallpox and caused 61,000 deaths within two years of its being introduced. Big Pharma reported that as another vaccine success.

Canada is the most highly vaccinated nation on Earth, with 49 recommended vaccines for children. This Canadian generation is so ill it is the first to be predicted to die before its parents.

Half of mums with autistic children say it came on within two week of the Mumps Measles and Rubella, or MMR jab. But the MMR vaccine makes €29 billion for the pharmaceutical companies, so doctors will still be coerced into recommending it. In some areas one in 25 children is autistic, and that figure is set to climb to one in 2 by 2025.The MMR Package Insert warns of side effects such as type-1 diabetes, thrombocytopenia, deafness, blindness, and death.

Every year the flu vaccination hospitalises elderly people, and causes deaths. The Gardasil HPV vaccine appears to be causing 30 deaths a month. They get away with it because under the USA’s National Childhood Vaccine Injury Act of 1986, no pharmaceutical company can be sued for any damage done by a vaccine.

California, Mississippi, and West Virginia have passed laws to forcibly vaccinate all infants. In California they are compelled to have hepatitis B, hemophilus influenzae type b (Hib), measles, mumps, pertussis, poliomyelitis, rubella, tetanus and varicella vaccinations. Those are formidably dangerous combinations.

Hepatitis B is a sexually transmitted disease. In California, are babies known to be that promiscuous? It has 35 side effects, has caused hundreds of deaths, and puts a thousand children into hospital every year.

Forced vaccination will kill thousands more infants.  Vaccines have already done far more harm than good. There is evidence to suggest not one vaccine works. But they make billions for Big Pharma, and that seems to be the only thing that matters.

Truly, it is Big Pharma, with its drugs and vaccinations, that are the quack medicines.  For a plethora of further evidence, see www.greenmedinfo.com ;  www.vaccine-injury.info; http://vaxtruth.org/2012/03/the-polio-vaccine-part-2-2/;   www.vaccineimpact.com, and watch the movie Vaxxed at https://www.youtube.com/watch?v=fbDj1C6tzxs