The Chameleon Project is a world destination center, featuring beautiful gardens of flowering plants and geometric shapes. It is a green project promoting people’s unique and magical connection to nature. 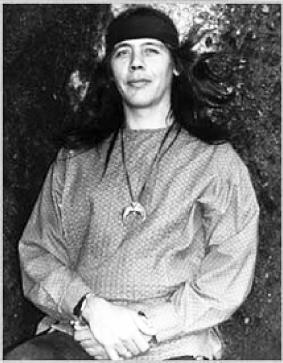 Founder, Rod BearCloud Berry of Sedona AZ is the overseer of this “Oasis for Humanity”.

The unique landscaping consists of an array of scenic, roving floral and plant gardens, mingling with displays of amazing waterfalls, ponds and water gardens.  It is housed beneath an incredible glass domed structure, covering 52 acres.  At its center is a glass pyramid, which at ground level is 13 acres, reaching an altitude of 481 feet, making this unified structure a massive conservatory to one of the most unique and largest structures on earth.

The Chameleon Project gets its name because like the chameleon, the gardens in this “Oasis for Humanity” perpetually shift in color.  The Chameleon responds to its environment and when Spirit so calls, might try to change to the color of a blowing leaf.  In the Native American ways of understanding the Earth, flowers and plants are seen as possessing the ability to heighten the Spirit in all people through their color, smell, feeling and visual display of symmetry and beauty.

It has long been understood by ancient cultures that flower essences carry with them connections important for all people. Chameleons also possess advanced ability of sight, being able to see 360 degrees, reminding us of our own abilities of special vision, as one ponders the beauty of the gardens in the form of color.

This World class destination will feature:-  Architectural Wonder (insert photo of pyramid/dome structure)
-  Sacred Geometric Gardens    -  Art Galleries
-  Restaurants and Activity Centers    -  Library of the Universe
-  Timeshare Housing        -  Membership Program
This garden oasis is an Arizona 501-(c)-3, non-profit organization, operating under environmentally green standards and is a gathering place to assist the peoples of the world in restoring harmony to our planet. The project is designed to educate humanity to the issues facing us as a people and to create solutions that incorporate ancient philosophy and indigenous wisdom.

The gardens welcome people to journey through a universe of geometrical environmental art and leading edge architecture, promoting a philosophical and higher conceptual understanding of mathematics, symbols, science, and their relationship to ourselves and the Earth. The entire facility provides a place to revitalize and rekindle kinship with nature and will be host to an exceptional public Library of the Universe. Symbols designed throughout the Chameleon Project encourage an awareness of the commonalities and innate qualities existing between all peoples of the Earth. We are all related.

The Chameleon Project is establishing an Adopt a Chameleon fund raising campaign to kick off development phase one for the project.  BearCloud envisions that, “Together, we can create the most beautiful place on Earth.  I am in gratitude to the thousands of supporters who have kept this vision in their hearts”.  You may adopt a chameleon sculpture at the special Olympic rate by visiting http://www.Chameleon-Project.org.

About BearCloud-Bearcloud began his journey on this Earthmother spending a great deal of time outdoors, connecting with the elements of nature. At the age of five, he began drawing and by twelve he was painting. Around 1980, he went through a Bearcloud series of ceremonies that would last four years, a fifty-two moon cycle. The ceremonies were difficult and challenging and pushed his limits. When he was complete, he began painting the spiritual visions that he had become so accustomed to. Each of his paintings carried a spiritual essence that many onlookers seemed to recognize.

In the mid 80’s, many of Bearcloud’s visions took him deeper into ceremony, as he began to expand his vision to universal levels. He knew the symbols he was gifted in visions, were of an ancient origin and they inspired him on his spiritual journey. He began publishing articles in 1998 about how these symbols interrelate with the Native American spiritual path and many others around our planet. He began to travel to England to do a series of lectures and presentations about their importance. He traveled the world to speak to spiritual elders in regard to these symbols. He published a series of videos on the topic followed by his first book, 7 Fires.

The vision of the Chameleon Project first began about 7 years ago.  Bearcloud explained he had watched a television program with a hard-hitting news report about injustices inflicted by our system.  Soon after, Bearcloud had a vision about creating a garden, or oasis, for people.  Within the garden was a maze of walkways that lead into an enclosed, very unique garden with sacred symbols that had been created in flowers.  Bearcloud had seen these same symbols in the Starglyphs, the phenomenon commonly called crop circles. The rest will be history.  www.bearcloudgallery.com